The News Room 24
Home Sports International LeBron James says ‘it would be great’ for LA Lakers to visit...

LeBron James has opened up the possibility of the LA Lakers visiting the White House in order to celebrate last year’s NBA championship — if only Covid-19 protocols would allow it.It had become a tradition for the reigning champion to visit the US president in the season following its triumph, albeit one that’s taken a brief hiatus during Donald Trump’s time in office.James’ Cleveland Cavaliers were the last team to fulfill the tradition when the players met Barack Obama in 2016 but the Golden State Warriors and Toronto Raptors both since declined invites to meet Trump.

Legacy of MLK’s ‘I have a dream’ speech becomes a nightmare for Atlanta sports team ownerIn 2018, the Warriors decided instead to visit the Smithsonian National Museum of African American History and Culture in lieu of the traditional White House trip.However, following the Lakers’ victory over the Milwaukee Bucks on Thursday, James said he would be happy to meet Joe Biden’s new administration but questioned whether current health and safety regulations would allow it.The Lakers would have the possibility to visit the White House when it plays the Washington Wizards in the second half of the season.”I don’t think we’ve had any conversation with our team,” James told reporters.”I have no idea with all the Covid rules and restrictions and everything that’s going on with our league. I’m not even sure if we even are allowed to go.”It would be great, but I have no idea what we can even do right now besides hotel, arena and home.” 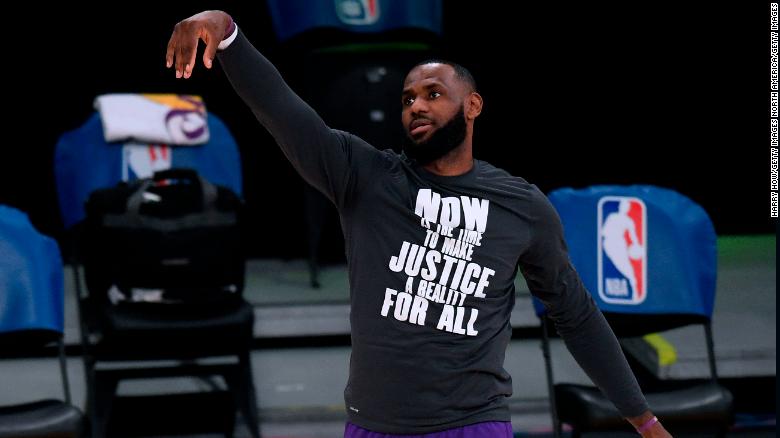 LeBron James has always used his platform to fight for equality.

James was speaking after an impressive performance against the Bucks, where he scored a season-high 34 points in his side’s 113-106 win.It’s a result that maintains the Lakers’ unbeaten form on the road this season, where it’s won each of its last eight games.It was all the more important after coming off the back of a home defeat against the Warriors last time out.”Our motivation was not losing two in a row tonight,” said Lakers forward Anthony Davis.

Stop The Fake Promises Instead, Motivate Us -Teachers to Gov,t

Stop The Fake Promises Instead,Motivate Us -Teachers to Gov,t

America Voted for Biden But Donald Trump Will Be Sworn In As President in 2021...

Thenewsroom24 is an insightful news website in Ghana that offers breaking news with detailed information from diverse angles across the globe. This 24 hour updating news website also offers an interactive platform that allows readers to contribute to issues of national development. Thenewsroom24 is easy to access with features that allow online audience to easily access news of their best. At thenewsroom24.com, we deliver high quality innovative, alternative news that challenges the status quo.

Ernest Opoku details sacrifice he made for anointing